How many times have you toasted to a new year with a list of resolutions and a positive attitude? Naturally, the end of the year is an ideal time to reflect on your achievements and think about what you want to change. However, is it worth setting new year’s resolutions, and do they actually work? Let’s find out.

What Is a New Year’s Resolution?

Setting new year’s resolutions is a popular tradition in the western world that has been around since the early 19th century. As a child, I’m sure it was a topic often discussed at the dinner table while you tucked into your new year’s day dinner.

Setting a new year’s resolution is not the same as creating a goal. A resolution is deciding to do or not do something. In contrast, a goal is about determining what you aim to achieve in a specific area of your life.

The Most Common New Year’s Resolutions

A large majority of new year’s resolutions are related to becoming healthier. Three of the most common are to exercise more, lose weight and eat healthier. These three things are often fuelled by the feelings of overindulging most people have at the end of the Christmas break. Therefore, they resolve to get back in shape after a period of inactivity or eat clean after binging on chocolate and sweets.

Another common one is to save more money. Again, this is usually influenced by the holiday break, considering most people have just spent a significant amount of money on Christmas gifts, parties, and other social events. As these new year’s resolutions are only relevant at that particular time, it’s easy to see why they do not last.

Other popular resolutions people make are:

A staggering 80% of new year’s resolutions fail, so chances are, you’ve set a resolution before that did not succeed. The cause is probably down to one of these reasons.

Most people don’t put much thought into choosing a realistic resolution and have far too high expectations of what they can do. As a result, they resolve to do something that requires a drastic change, such as stopping smoking or cutting out sugar.

With a resolution, you make a statement without considering what you need to do to ensure success. There is no action plan in place as to how you can achieve it. New year’s resolutions tend to have a “Cold Turkey” style where you immediately stop or start doing something new. Because of this, they usually last a few days or even a few weeks, but by the end of January, you’ve gone back to your old ways.

Another common reason why new year’s resolutions fail is that people set them due to feeling pressured. Maybe you do it to follow tradition or because your friends and family do it. However, setting resolutions because of social expectations without having a strong desire to change will never work.

When you have a strong desire to achieve something, you will want to start working towards it immediately, not wait until a specific date. Unfortunately, new year’s resolutions encourage procrastination because you may decide to learn a new language, but tell yourself you’ll start studying in the new year. What you’re actually doing, though, is using new year’s resolutions as an excuse to put it off.

Tips on How to Keep Your New Year’s Resolutions

1. Set a Goal Rather Than a Resolution

First things first, choose to set a goal rather than a resolution. A new year’s resolution restricts you to making positive changes at the beginning of the year only. And like you saw in the examples above, it usually results in a resolve related to how you feel at the end of the holiday season.

With a goal, however, you can set and change them at any time. What’s more, with a goal, you’re not just making a statement to change something. Instead, you set an intention to achieve a specific desire. Then you plan how to achieve it and start taking action towards it.

2. Use the SMART Goal Setting Method

If you’ve never set a goal before or have had no success with goal setting in the past, I recommend following the SMART method. SMART stands for:

Specific – Is it clear and well-defined?

Measurable – Can you measure your progress by using numbers or amounts?

Achievable – Is it attainable and in the laws of nature?

Relevant – Is it aligned with your values and life purpose?

Time-bound – Give yourself a deadline.

3. Break It Down Into Action Steps

Once you’ve set a specific and achievable goal, it will become much easier to see how you can make it happen. So nxt, create an action plan containing actionable steps to achieve it and set deadlines for each action. Seeing the steps to reaching your goal will significantly reduce feelings of overwhelm and increase positive thoughts around achieving it.

For example, if you’re setting a goal to reduce your sugar intake, break it down by weekly actions. Pick a food item to cut out or find a healthier alternative for each week. Doing this will make your goal seem much more achievable than cutting out all sugar from day 1, as is the case with the “all or nothing” approach of resolutions.

4. Work on Your Self-Discipline

If you can wait until January to set a goal, your desire to achieve it is not that strong. What’s more, if you allow your mind to tell you to wait until the new year to make a positive change in your life, you need to work on developing self-discipline. Self-discipline is a profound quality that all successful people have. It will help you follow through on your desires and keep going, despite any obstacles you encounter on the way.

While the idea of setting new year’s resolutions is nice, it is not the best way to make positive changes in your life. There’s no reason to wait until January 1st to start a new project or create a new daily habit. If you have the desire to change something, don’t wait. Set a goal and start taking action towards it today. Procrastinating will only prolong your feeling of unfulfillment.

Reads and writes a little about everything. Strives to keep an open mind, a good health, and a humble personality. Lives to absorb life's lessons, to learn a bit more about living. 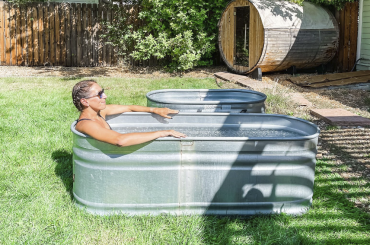 How to Make Your Own DIY Ice Bath: Step-by-Step Guide 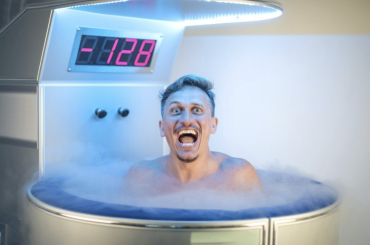 The Truth About Cryotherapy Temperature 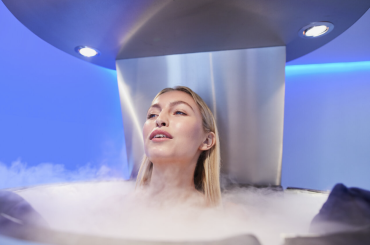 The Cryotherapy Stages of Healing