Art is one of the broadest topics known to mankind. Undeniably, one of the artistic manifestations of greatest value is painting. And some may think that “greatest value” here means cultural value, but it also means monetary. In that sense, many works compete for the title of the most expensive painting.

As such, the following list is for those wondering what is the most expensive painting ever sold. Even though the art with the greatest value is Leonardo da Vinci’s “Mona Lisa” ($870 million), that one wasn’t sold.

Before going further, keep in mind that some prices aren’t exact. The values displayed in each title are adjusted for today’s inflation. 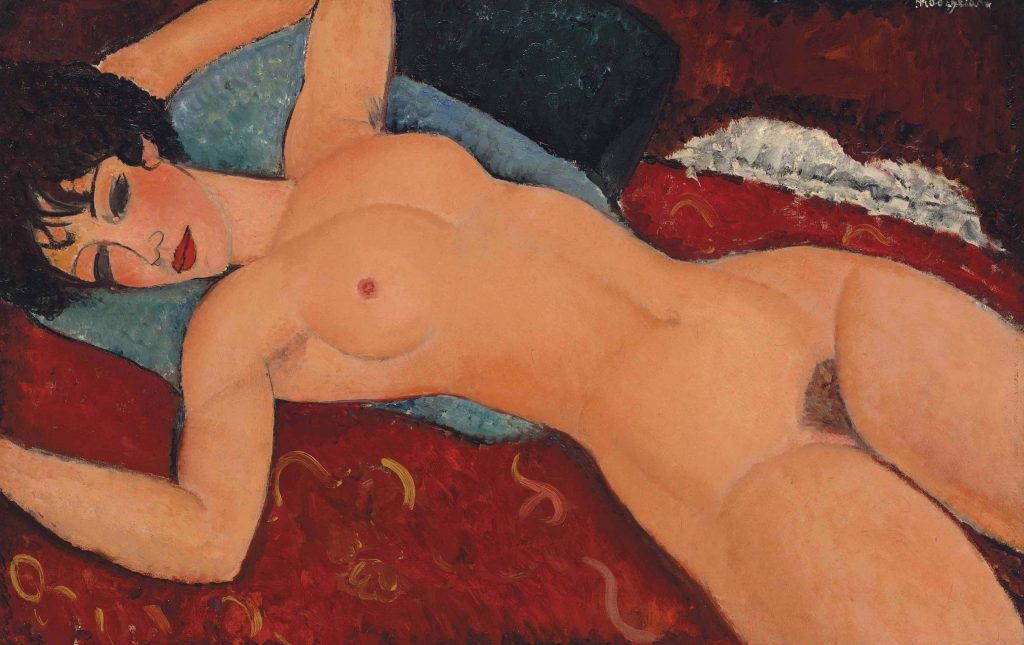 Many paintings have portrayed the goddess Venus, often as a naked, lying figure. Although that depiction is classical, it has been transmitted through time. So much so that in the 1910s, Modigliani made a series of 22 paintings, most resembling Venus. 1917 “Nu couché” is part of that series.

“Nu couché” is Modigliani’s one of the most expensive painting ever sold. 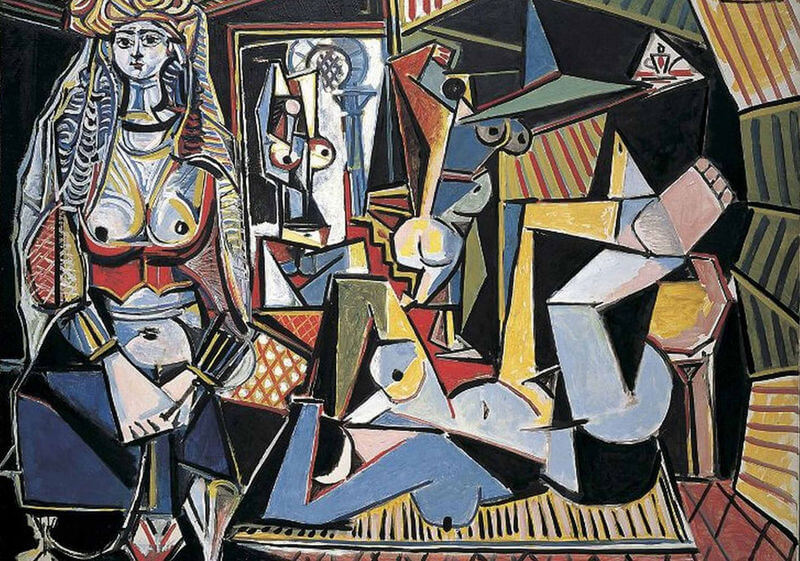 This list couldn’t leave behind certain artists. One of them is Picasso.

“Les Femmes d’Alger”, or The Woman of Algiers, comprises a string of paintings, inspired by Delacroix’s “The Women of Algiers in their Apartment”. In 1955, Picasso painted “Version O” the last variation. The cost of its sale, in May 2015, was $179.4 million. 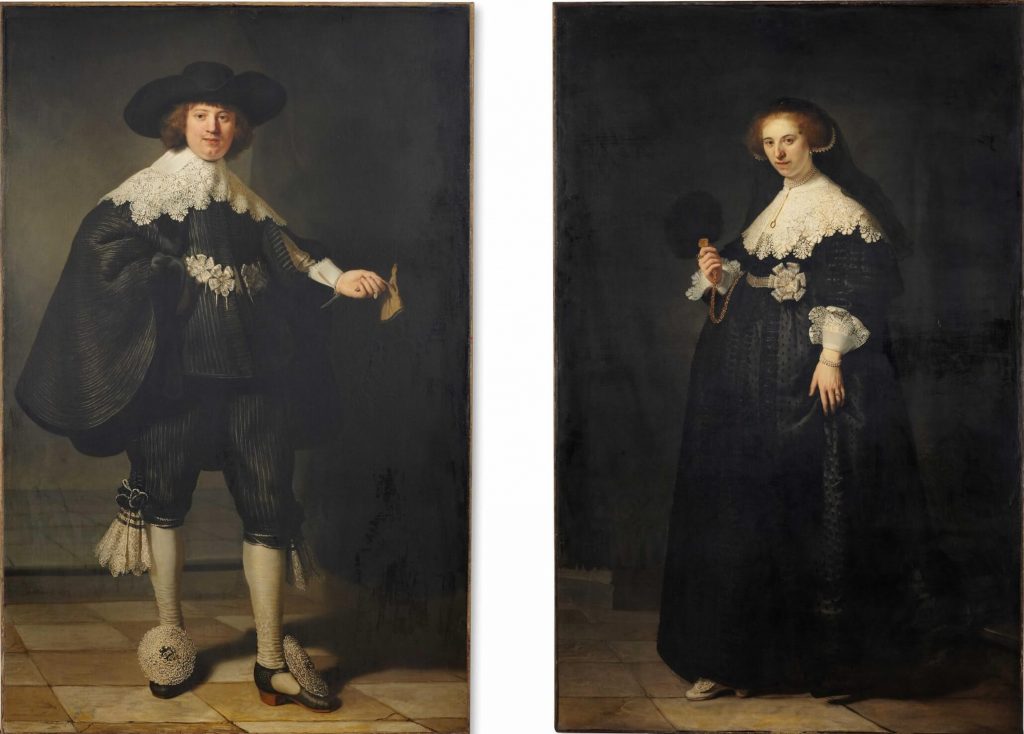 When Marten Soolmans and Oopjen Coppit married, Rembrandt made a full-body painting of the husband and of the wife.

As old as 1634, this is Rembrandt’s most expensive painting ever sold. At first, the work belonged to the Rothschild family. Then, in February 2016, it was sold to both the Rijksmuseum and the Louvre. Each museum paid half the full price of €160 million. 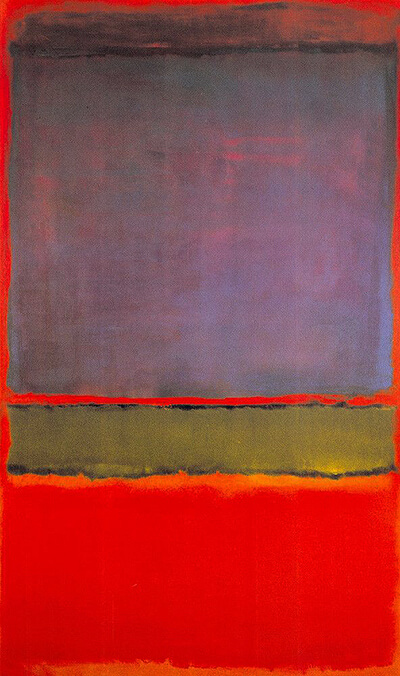 Contemporary art comprises a wide range of styles, and abstract expressionism is one of them. This painting, made in 1951, became associated with the Bouvier affair over 60 years later, in 2015. This affair includes various lawsuits related to Swiss art dealer Yves Bouvier.

Businessman Dmitry Rybolovlev bought it for €140 million, via Bouvier. 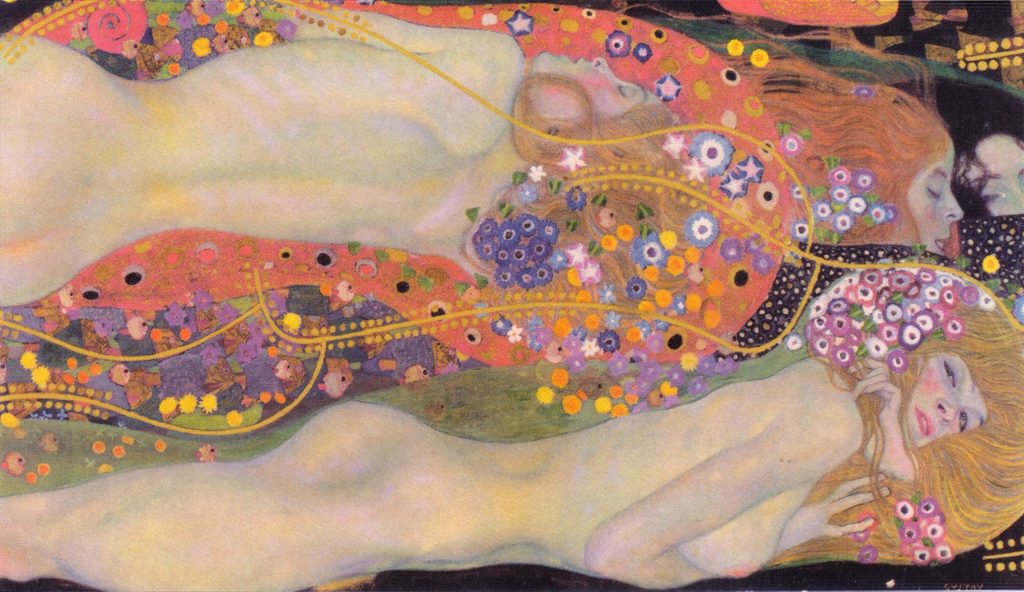 For those not familiar with German, this painting’s name is “Water Serpents II”. The work is based on an earlier one by Klimt, called “Water Serpents I”. Both works depict female sensuality and same-sex relations.

This painting is a treat for history lovers. The work was made in 1907, and a Jewish woman owned it. But, during the Nazi Reich, the German government confiscated the painting. Then, it started belonging to Gustav Ucicky, a Nazi filmmaker. Its recovery happened in 2012 when Ucicky’s wife put the painting up for auction. After that, Yves Bouvier bought it.

And so, this became another painting involved in the Bouvier affair. “Wasserschlangen II” was sold to Rybolovlev, by Yves Bouvier, for $183.8 million. 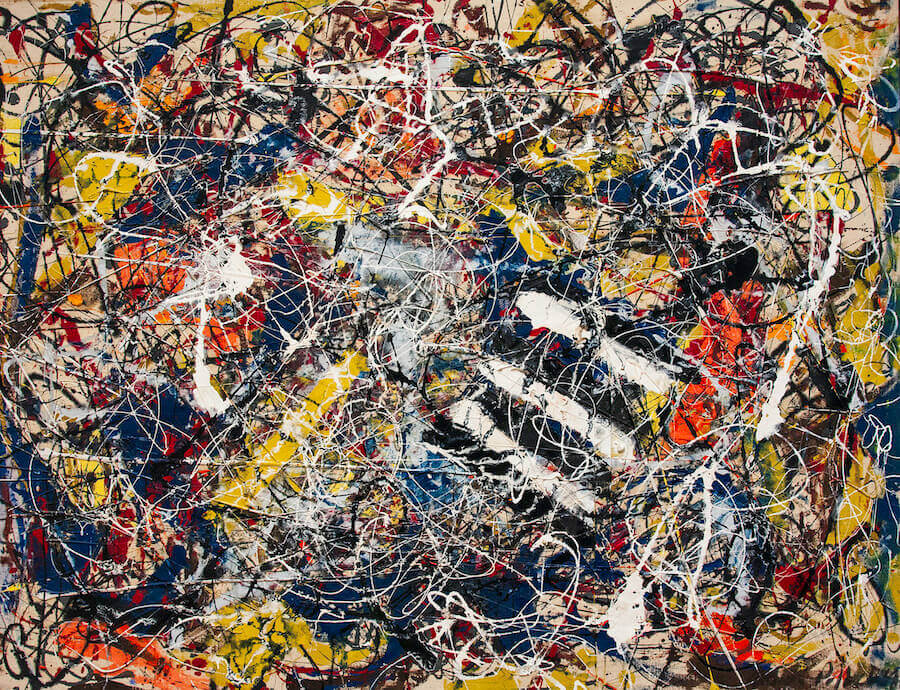 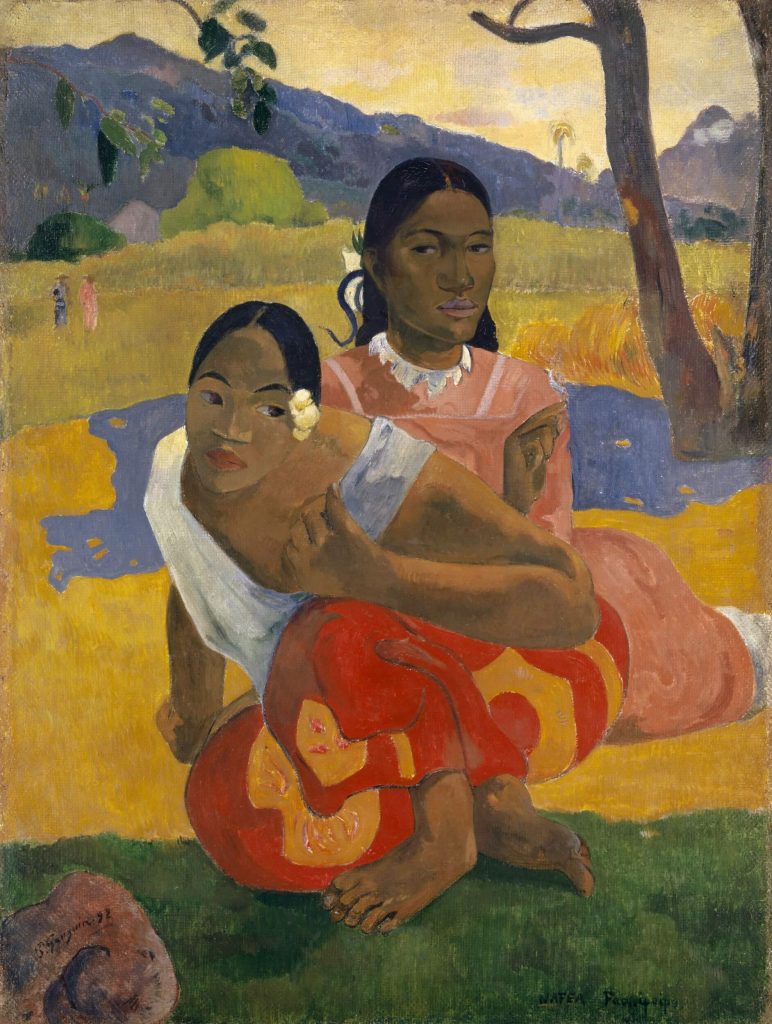 Two Tahitian women are outside. One of them, dressed in traditional native clothing, has a white flower behind her ear, an indication that she is looking for a husband. The other woman has a Western dress and a certain look on her face.

The painting’s title means “When will you marry?” in Tahitian. It was sold in February 2015, to the Royal Family of Qatar, for £155 million. 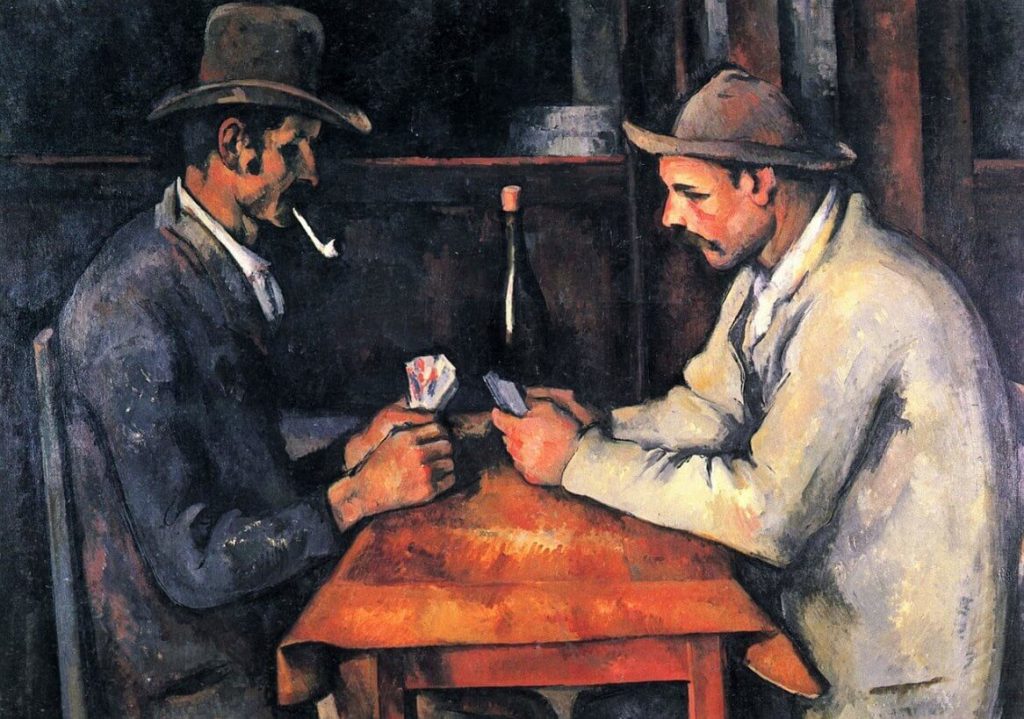 Paul Cézanne painted a series called “The Card Players”, composed of 5 paintings. All of them involve people playing cards, but with variations.

This particular version of The Card Players is the third most expensive painting ever sold. For an estimated price of $250 million, The Royal Family of Qatar bought it in April 2011. 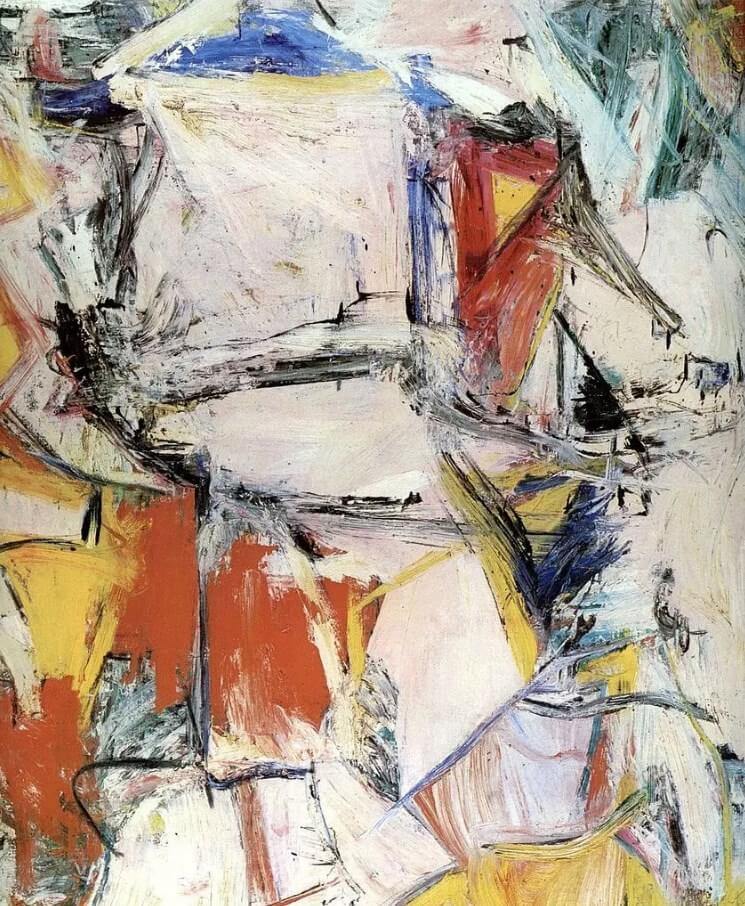 Instead of violent brush strokes, de Kooning made quick gestural marks in order to paint “Interchange”. He completed it in 1955.

The highest price for an abstract expressionist work belongs to this painting. This oil on canvas was also the most expensive painting ever sold. Then, in 2017, it lost its place to the #1 painting on this list. 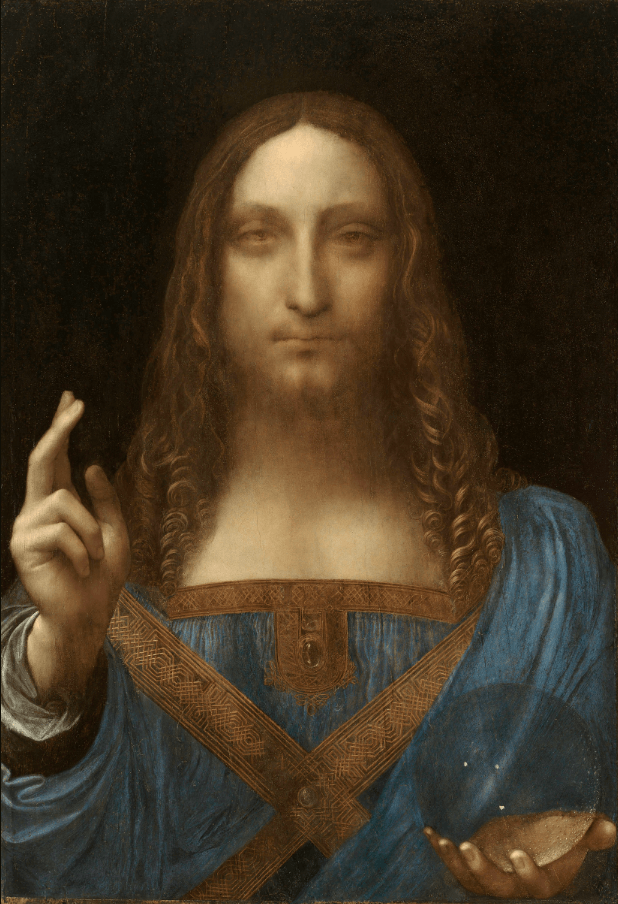 Christ, depicted as the Salvator Mundi, or saviour of the world. His right-hand makes the sign of the cross, and his left hand holds an orb, which symbolizes Earth.

Despite being the most expensive painting, “Salvator Mundi” is involved in a number of controversies. Firstly, no one knows exactly who patronized it, nor when. Secondly, there’s the suspicion of overpainting by other authors, as well as controversies about da Vinci actually being the main painter. Thirdly, the painting’s exact location is currently unknown.

This list was made using many sources to verify the information, but the main one was Wikipedia’s list of most expensive paintings.

With inflation, prices change over time. Because of that, the price at each title is the value with adjustment for inflation, or how much it would be today.

Reads and writes a little about everything. Strives to keep an open mind, a good health, and a humble personality. Lives to absorb life's lessons, to learn a bit more about living. 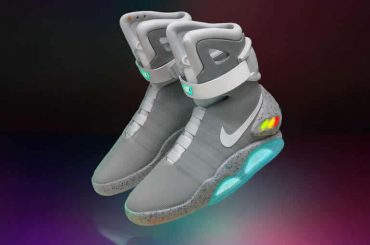 7 Most Expensive Nike Shoes Available on The Market (Prices Over $10,000) 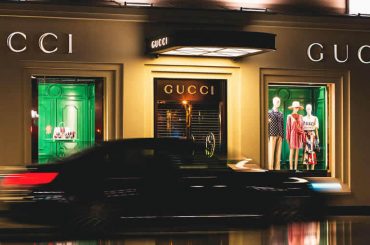